Friday Photo: (Baby You're A) Firework...kanzashi 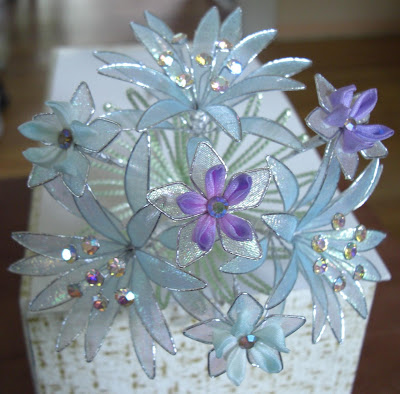 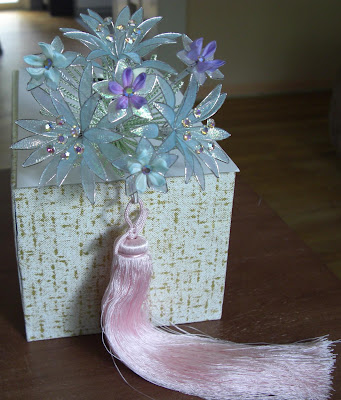 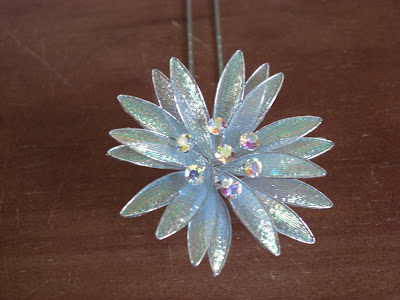 I bought the mini version first, actually, on my first trip to Japan in 2007. I bought the larger maiko version on my second trip in 2009. The folks at Ikuokaya (where I bought both) told me that the loop on the underside of the maiko version could be used to add a tassel to the piece for more junior maiko, and offered me several different color options for the tassel. I wound up choosing pink (even though they offered blue and my favorite color, purple) after it got the Obaasan Seal of Approval from an older woman who came into the store while I happened to be there and wandered over to see what the crazy foreign chick was doing with the maiko kanzashi and tassels. Trust me, when something in Japan gets the Obaasan Seal of Approval, it's usually a good idea to go with it. Plus the pink makes a nice contrast with the blues and purples, and brings out the pink in the iridescent jewels.
Posted by Ayame_hime at 1:48 AM